Bloomberg reported in September that the firm had raised “about $2.5 billion” from sovereign wealth funds in the Middle East and others, including the Saudi Arabian Public Investment Fund.

Liberty Strategic Capital was founded in 2021 following Mnuchin’s term as the 77th United States secretary of the treasury as part of former President Donald Trump’s cabinet. It targets technology, financial services and fintech companies, as well as new content platforms, according to its Web site.

Early employees, according to their Linkedin profiles, include Jesse Burwell, CFO and senior managing director; and Ishai Drori, a principal based in Tel Aviv. Until joining the firm in May 2021 Burwell served as CFO of RLJ Equity Partners. Drori until last month served as a principal at Leumi Partners.

We were unable to reach Mnuchin for comment on the firm’s employees or hiring plans.

Liberty Strategic Capital has invested in five companies, the first coming just weeks after the firm was founded. The firm invested:

The firm also acquired mobile cybersecurity software company Zimperium for approximately $525 million in March 2022, according to a press release. 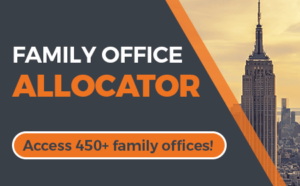