Clearhaven Partners, a software-oriented private equity firm co-founded by Michelle Noon and Kevin Wood, has opened a requisition to add a second associate to its Boston-based team.

By year-end the firm also intends to add a second VP-level deal quarterback, which would bring its payroll to about 10 professionals–including the recent addition of Managing Partner Chris Ryan, a former colleague’s of Noon at Boston-based Riverside Partners. Looking ahead to 2022 or 2023, Noon told PECN, the firm anticipates adding a VP on the value-creation side of the firm.

By that time, Clearhaven Partners should be generating ample management fees to support a growing payroll. According to a regulatory filing from mid-January, the firm is in the market with a debut fund.

For the associate role, Noon said she’s looking for someone with several years of experience working in either investment banking or private equity. Experience in software would be a “strong nice to have.”

A background in software is more of a must-have for the VP deal quarterback role, which Noon said would go to someone with or without an MBA but with at least four to five years of private equity experience.

Noon described the firm’s culture as an entrepreneurial one where “you’ll do a lot more than LBO modeling.” That said, finding and executing deals will predominate in the early days since the portfolio is so new.

“With respect to our team, we want diversity of thinking but shared values,” said Noon. Those values include doing what you say you’re going to do, treating others with respect, and having a “true partnership mentality” when working with limited partners, management teams, colleagues and other stakeholders. “There are no sharp elbows here,” Noon said.

A “really strong work ethic” is a must. At the same time, said Noon, “Everyone has family and friends who are crucial to their lives…We make room for a balanced type of role where people have room for the things that matter to them outside of the office.”

Noon, who set strategy for the firm, has been investing in software companies since legendary tech investor Orlando Bravo recruited her to join in 2004 the San Francisco office of the firm now called Thoma Bravo. After getting her MBA at Harvard Business School, Noon joined Boston-based Riverside Partners, a technology and healthcare specialist. There she spent 11 years, most recently as general partner.

Co-founder Wood logged 30 years as a software and technology executive, highlighted by roles as co-founder and executive chairman of Calero Software and as an operating partner with Clearlake Capital Group. Noon and Wood co-founded Clearhaven Partners in September of 2019.

Send email, resume and cover letter here if interested in the roles mentioned in this article.

Update: This story was updated on February 3 to include news about Chris Ryan joining as managing partner. 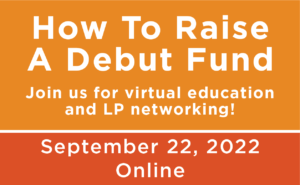